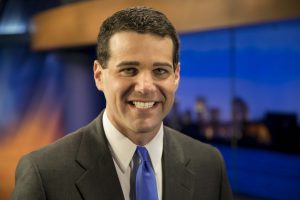 As the city of New Orleans’s most honored investigative reporter, Lee Zurik has been uncovering and reporting impactful stories on WVUE since 2009. Following up his tenacious inquiries with detailed analysis and powerful storytelling, Lee delivers unprecedented accountability of government officials, private citizens and corporations. His investigations result in federal, state and local action. Laws have been rewritten. Federal investigations have been triggered. And 100 percent of individuals charged with a crime have pleaded guilty.

After many years of reporting sports and then a post-Katrina switch to news, Lee’s investigative career began in 2008 when he revealed corruption within New Orleans Affordable Homeownership (NOAH). The City agency was responsible for remediating Katrina-damaged properties belonging to low-income and elderly citizens. The series revealed contractor fraud and questionable relationships between the contractors and the agency’s head. In addition to shuttering the agency and five guilty pleas, the story brought fresh accountability to the recovery process. It also earned Lee his first round of national recognition – a George Foster Peabody award, an Alfred I. DuPont award from Columbia University and the highest award judged by investigative peers – the IRE Medal.

As a New Orleans native and a graduate of Syracuse University’s Newhouse School of Journalism, his position at Fox 8 allows Lee to practice journalism as well as influence the future of his beloved home. When Lee isn’t working he enjoys being a Saints fan, running, swimming and chasing after his daughters Ellie and Megan with his wife Jenny.