THE HONORABLE SCOTT U. SCHLEGEL 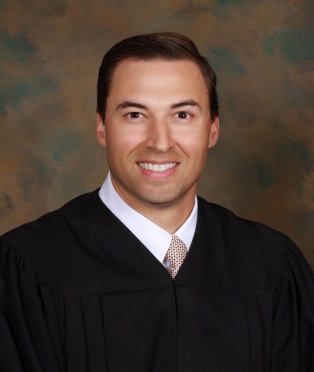 Judge Scott U. Schlegel was elected to the bench of the 24th Judicial District Court for the Parish of Jefferson, Division D, State of Louisiana, in May 2013 and was soon thereafter appointed to the Management Committee as Chairperson of Technology and Security. He has also been appointed to serve (1) on the Executive Board of the Louisiana District Judges Association as Chair of the LDJA/Department of Corrections Liaison Committee; and as a member of the Louisiana State Law Institute’s Criminal Code & Code of Criminal Procedure Committee.

As a district court judge, Judge Schlegel handles a variety of cases, including criminal, civil and domestic. Judge Schlegel also serves as a volunteer judge for the Swift & Certain Probation Program and Reentry Court. Judge Schlegel works tirelessly to improve the criminal justice system. He has been awarded the Kevin Kane Justice Award from the Louisiana Family Forum, the Louisiana State Bar Association’s Citizen Lawyer Award and the Public Service Award from the Gillis Long Poverty Center, Loyola University College of Law. He has also written and spoken about these criminal justice efforts on many occasions. Judge Schlegel recently graduated from the prestigious Presidential Leadership Scholars program where he was afforded the opportunity to learn from national leaders, including President George W. Bush and President Bill Clinton.

Prior to his election, Judge Schlegel was one of the top felony prosecutors in the Jefferson Parish District Attorney’s Office. He practiced civil law with an emphasis in products liability before becoming a prosecutor. Judge Schlegel graduated with honors from Loyola University New Orleans College of Law, where he served as the President of the Student Bar Association. He is
married to his high school sweetheart, Laurie. They have a twelve-year-old son, Luke.