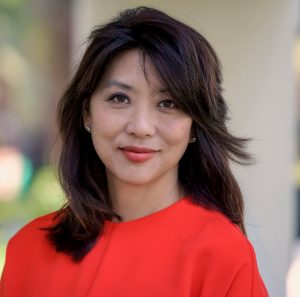 President Cynthia Lee Sheng was sworn into office on January 8, 2020.

Cynthia Lee Sheng served as Councilwoman At-Large for Division B in 2015 after serving as the Councilwoman for District 5 since 2009. Cynthia showed an interest in public service early in her life and obtained a Master’s Degree in Public Administration from George Washington University. She is a graduate of the Federal Law Enforcement Training Center and served for 10 years as a federal law enforcement officer with the Immigration and Naturalization Service in Washington, D.C., Baltimore, Maryland and Newark, New Jersey. Before running for office and serving on the Jefferson Parish Council Cynthia practiced as a CPA specializing in fraud prevention and litigation support.

Cynthia advocated for the revitalization of Fat City by sponsoring major zoning changes and working directly with the Jefferson Parish Sheriff’s Office to combat illegal activity.  She also funded the Fat City mural program and commissioned 10 beautiful murals by local artists.  She was the recipient of a national award by the American Planning Association for her efforts in changing Fat City.

Cynthia was also instrumental in bringing the first Trader Joe’s to the greater New Orleans area by working for nearly 2 years with the property owners and neighborhood group over the controversial Tolmas Tract property that has been in litigation for decades.

Cynthia recognized Jefferson Parish’s aging housing stock and established the Neighborhood Revitalization Program which has resulted in the Terrytown Pilot home.  Cynthia was also an early advocate for green infrastructure and resiliency as a way to better manage our water resources, reduce subsidence, and help with our drainage capacity.

Cynthia’s family is well known to Jefferson Parish residents. Her grandfather opened the House of Lee Restaurant in the 1950s at the corner of Causeway Boulevard and Veterans Memorial Boulevard. Cynthia’s father was Sheriff Harry Lee who proudly served and protected Jefferson Parish for over 28 years. Cynthia was educated at St. Angela Merici, Mount Carmel Academy, Loyola University and George Washington University. Cynthia lives in Metairie and has two children, Gavin and Miranda.